It was only a matter of time before Harry Styles-favorite and game-changing London designer Harris Reed added jewelry to his world. The gender-fluid creative, whose eye for opulence has caught the eye of Gucci’s Alessandro Michele, creates vibrant demi-couture that begs for more-is-more adornment. (Reed used to use they/them pronouns up until recently but, as noted by The Guardian, he now prefers he/him.) Reed’s mission – to create beautiful clothes that enable the wearer to be the most authentic and truest version of themselves – go perfectly with Missoma, whose mantra is “jewelry for everyone.” The company’s one guideline for Harris? Dream big.

The 25-year-old bright spark, whose debut six-look collection quite literally blew the industry away in February, took his guiding principle of using his creations as tools for self-expression and ran with it. The final eclectic edit fuses his cherished flea market trinkets and whimsical inspirations – including a ring his mother bought when she was pregnant with Harris – into a modern collection that has accessibility at its core.

“Missoma is a brand that is about making amazing quality pieces you have forever,” explains Harris of why the partnership was a no-brainer. “It is a brand that most people have in their jewelry box – a little bit like MAC cosmetics [which Harris previously collaborated with], it was something that I felt had the beautiful wings and legs to help me soar into new heights.” The backing of Reed’s inner circle – including the stylist Harry Lambert – and the Harris Reed client list, which includes Gen-Z It-girls and Missoma fans Kaia Gerber and Kendall Jenner, also gave Harris the confidence to start thinking in golds and silvers.

“Jewelry is a very important part of me and my world, so it just very much felt like a natural progression,” Harris told British Vogue of the career move. “It’s funny because clothing always came last as a form of self-expression, as it was always easier to get plastic costume jewelry or [my] mom’s jewelry,” said the designer, whose personal jewelry box comprises flea market finds from Rome and family heirlooms.

The moodboard for the decadent pieces, which promise to be a perfect hybrid of Harris’s maximalism and Missoma’s pared-back classics, was particularly personal and poignant. The first reference? A butterfly that represents going beyond the binary. “I thought that was so beautiful and something that I’m constantly fighting for,” Harris explains of blurring the lines between masculinity and femininity. “It’s a big f*ck off to everyone that wants to put you in a box.” The second – a double head figure – is at the core of his brand, and represents “the ideal of duality […] becoming one”.

The collection, which will span a variety of price points, is set to be unveiled in September. Harris hopes customers will gift the gothic-meets-romantic pieces as future heirlooms – just like his own ring that’s rooted in special history. “They are tokens… that gift you give someone that’s constantly with you,” he muses. “I obviously love a beautiful gown or a fabulous tuxedo jacket, but it’s not something you could wear every day, even though… I do. Jewelry is just that thing that you can always have on.” We’ll take the dress and the Harris Reed X Missoma.

While we wait for the collab to drop, check out some of our favorite Missoma pieces below: 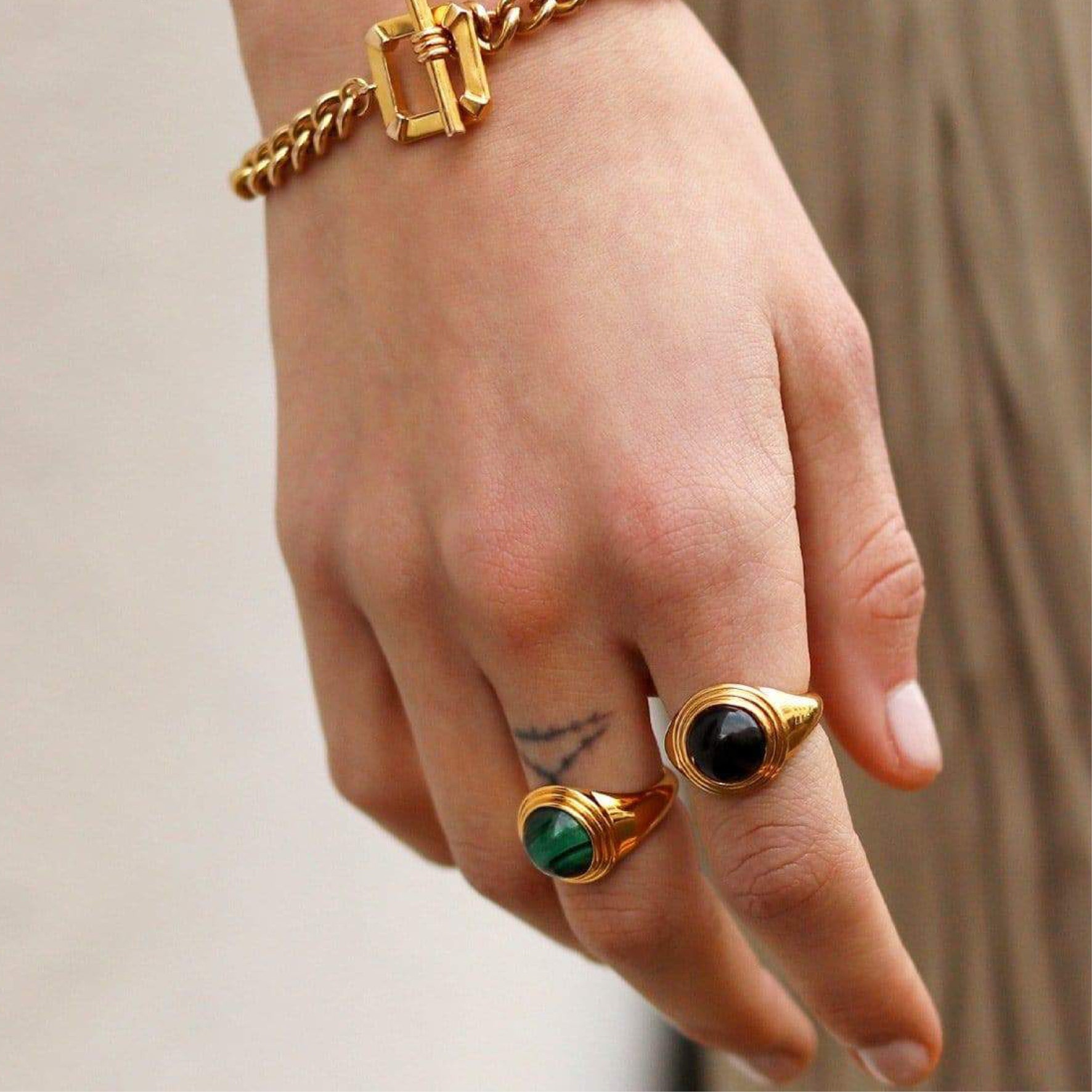 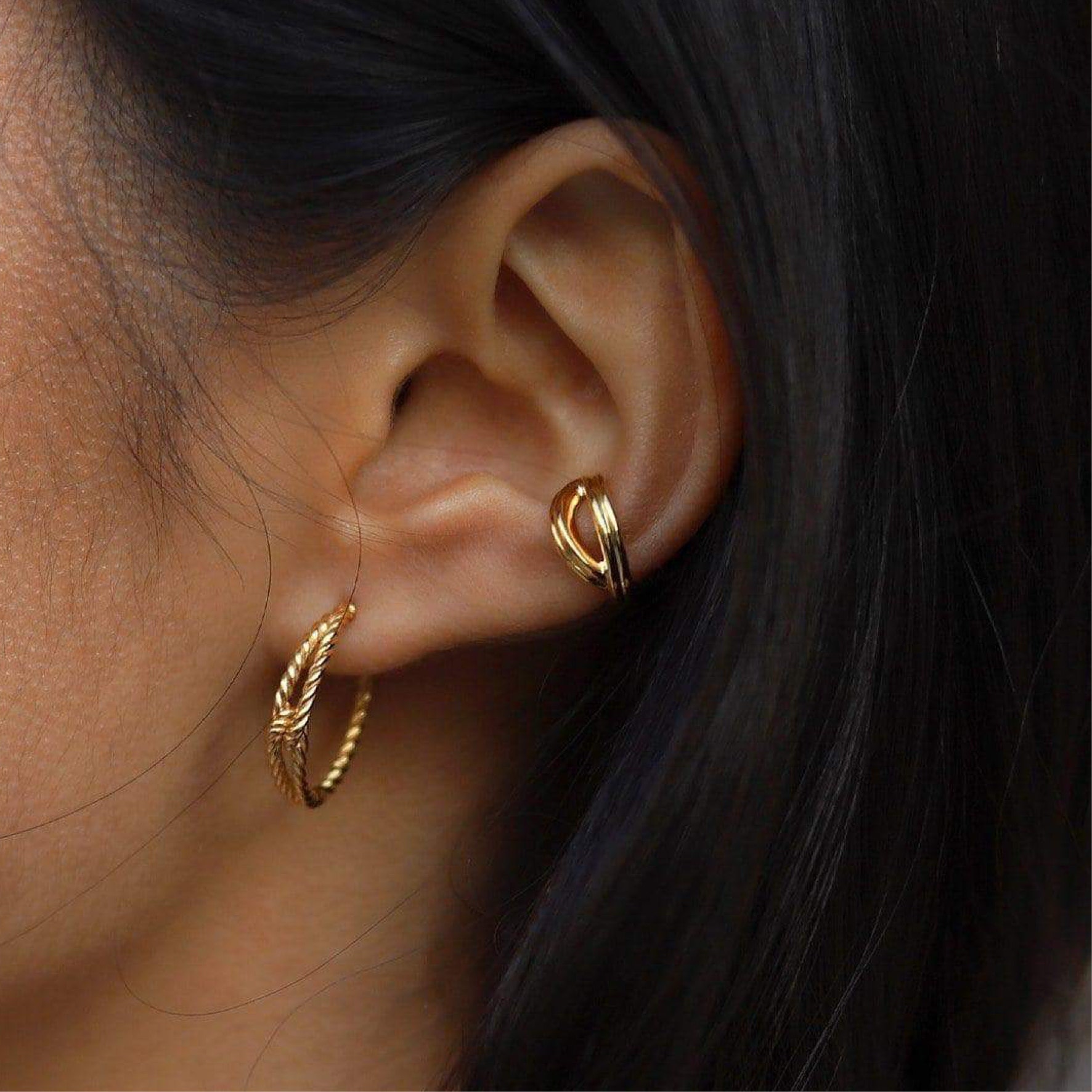 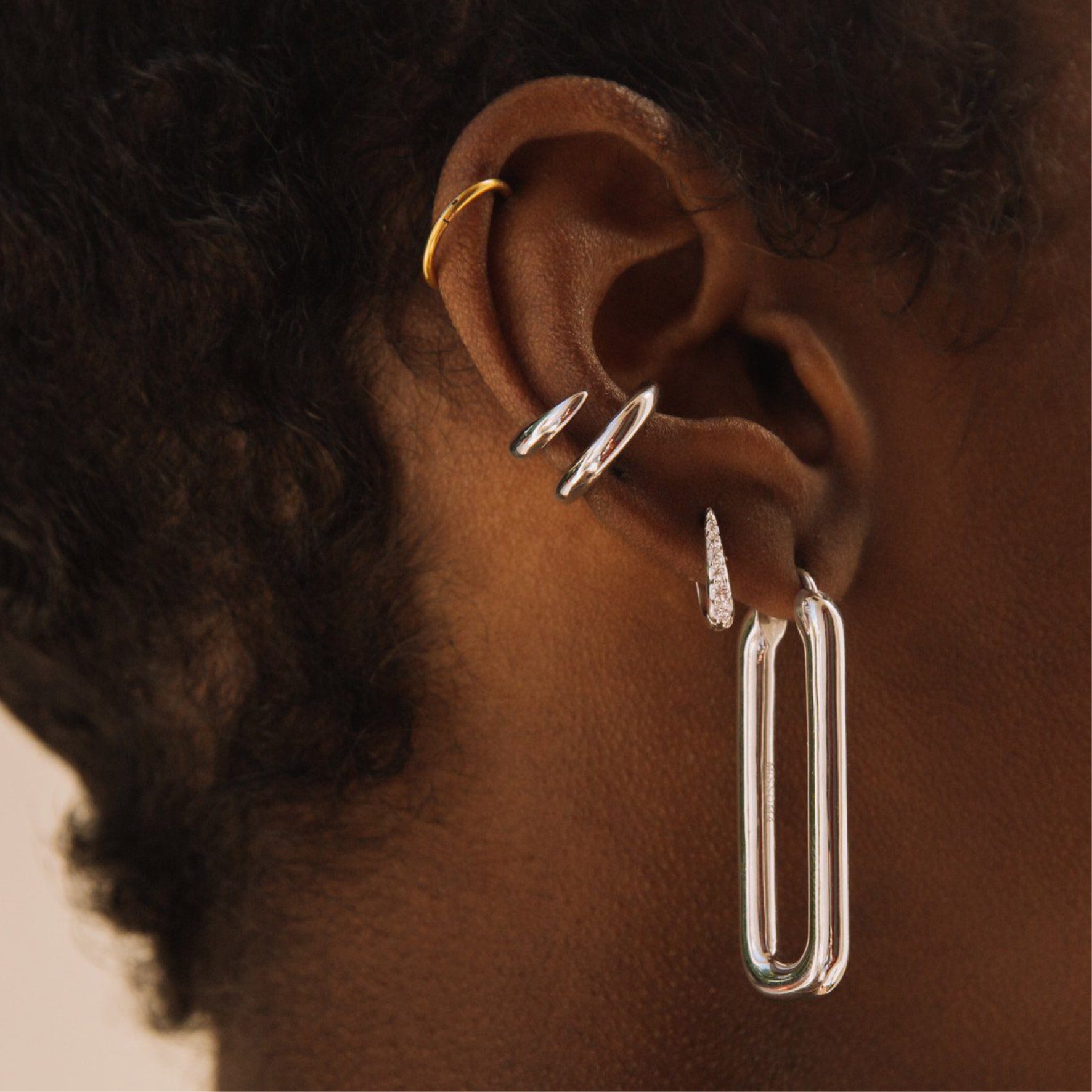 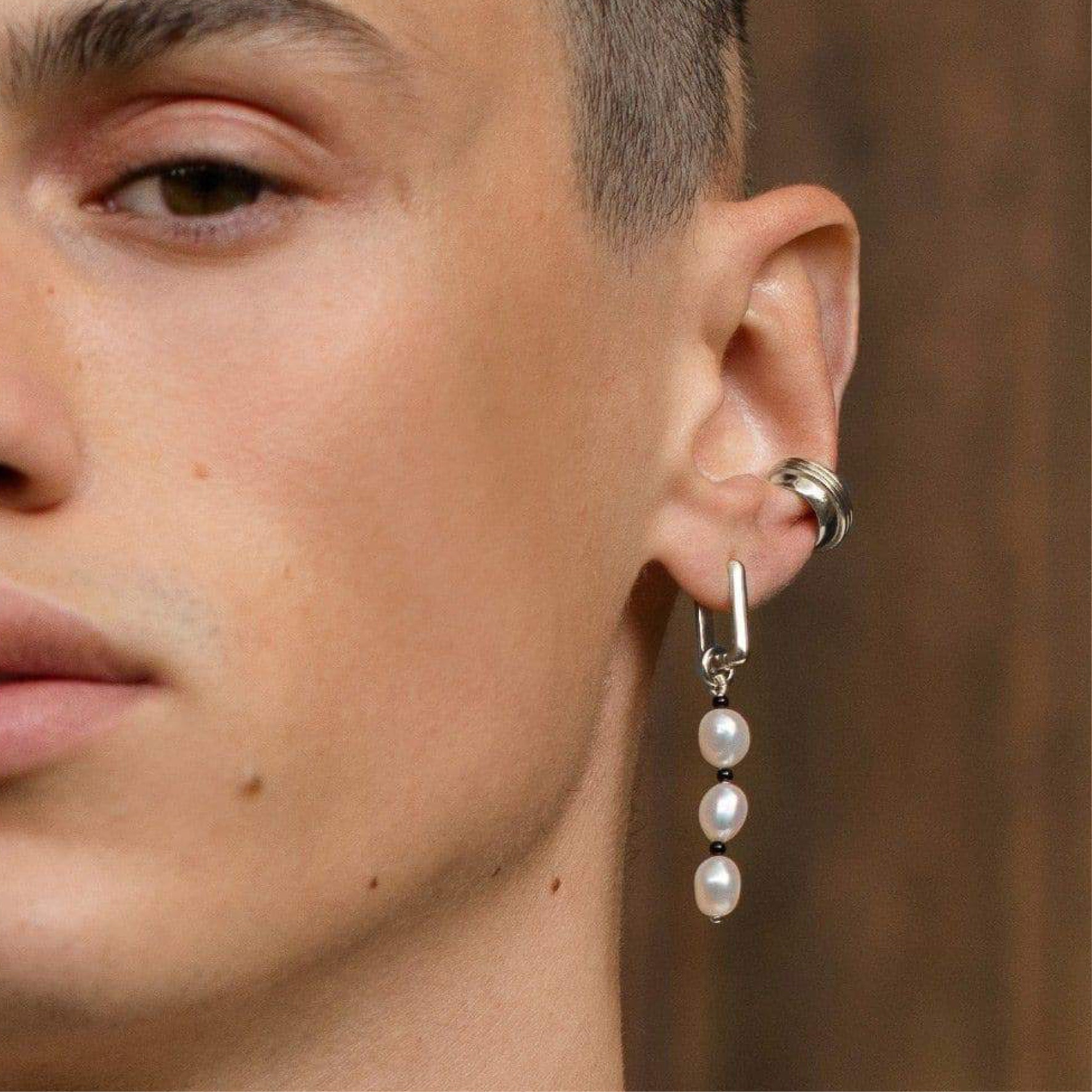 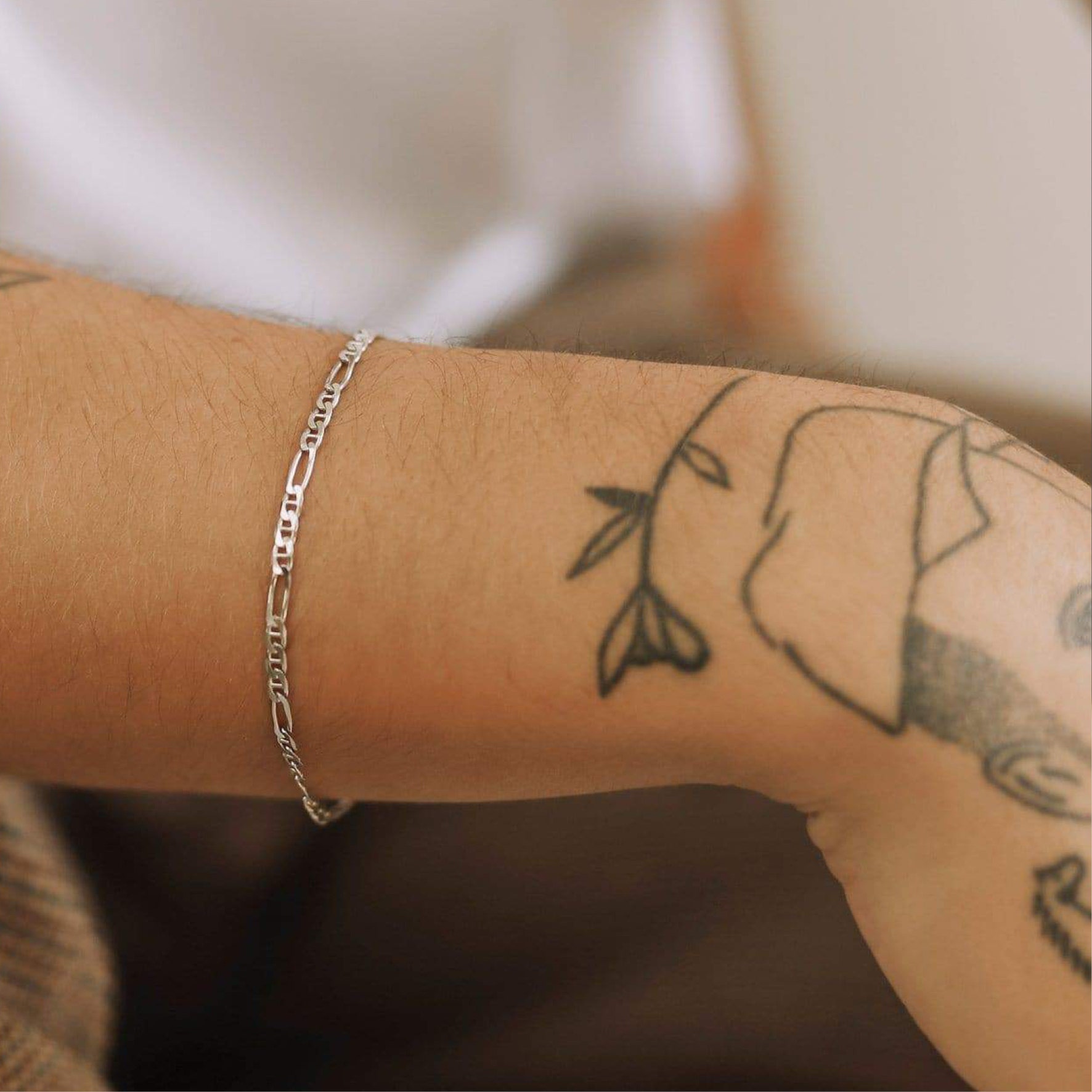 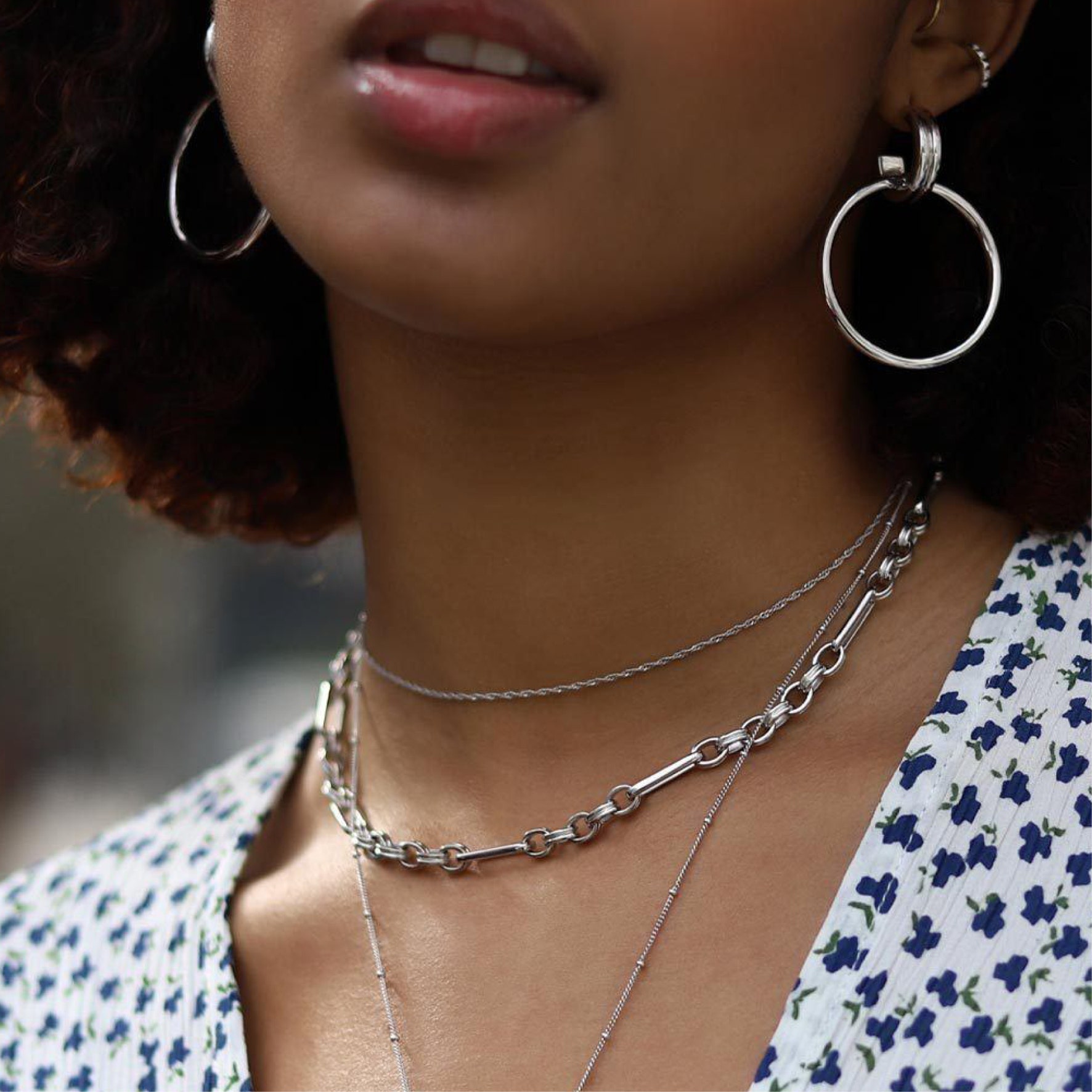 This story originally appeared in British Vogue. Some minor edits have been made.