It’s almost that time again — that time when the air is crisp and cool, the leaves are falling, and the ghost of a young colonial boy has taken the form of a black cat while three witch sisters terrorize their hometown of Salem, Massachusetts. Yes, it’s nearly Hocus Pocus season once more, and if you just can’t wait to get into the Sanderson Sister spirit, Disney has you covered with a new pair of HP-inspired Crocs for all your Halloween fun. (Or year-round, if that’s your vibe.)

Crocs are the shoes of the moment and now you can now pre-order your own pair of Hocus Pocus clogs (for adults) on Disney’s official shop. Perfect for trick-or-treating, lighting a black candle, running amok around town, or whatever your Halloween season has in store, the shoes retail for $54.99 and are a shimmering delight, with a glittering ombré design that fades from black to purple to pumpkin orange to gold.

The Hocus Pocus Crocs also come with a few Sanderson-approved Jibbitz charms, including a skull and crossbones, a cauldron, an eye like the one on Winifred’s beloved book, and the signature hairstyles of Winifred, Mary, and Sarah. 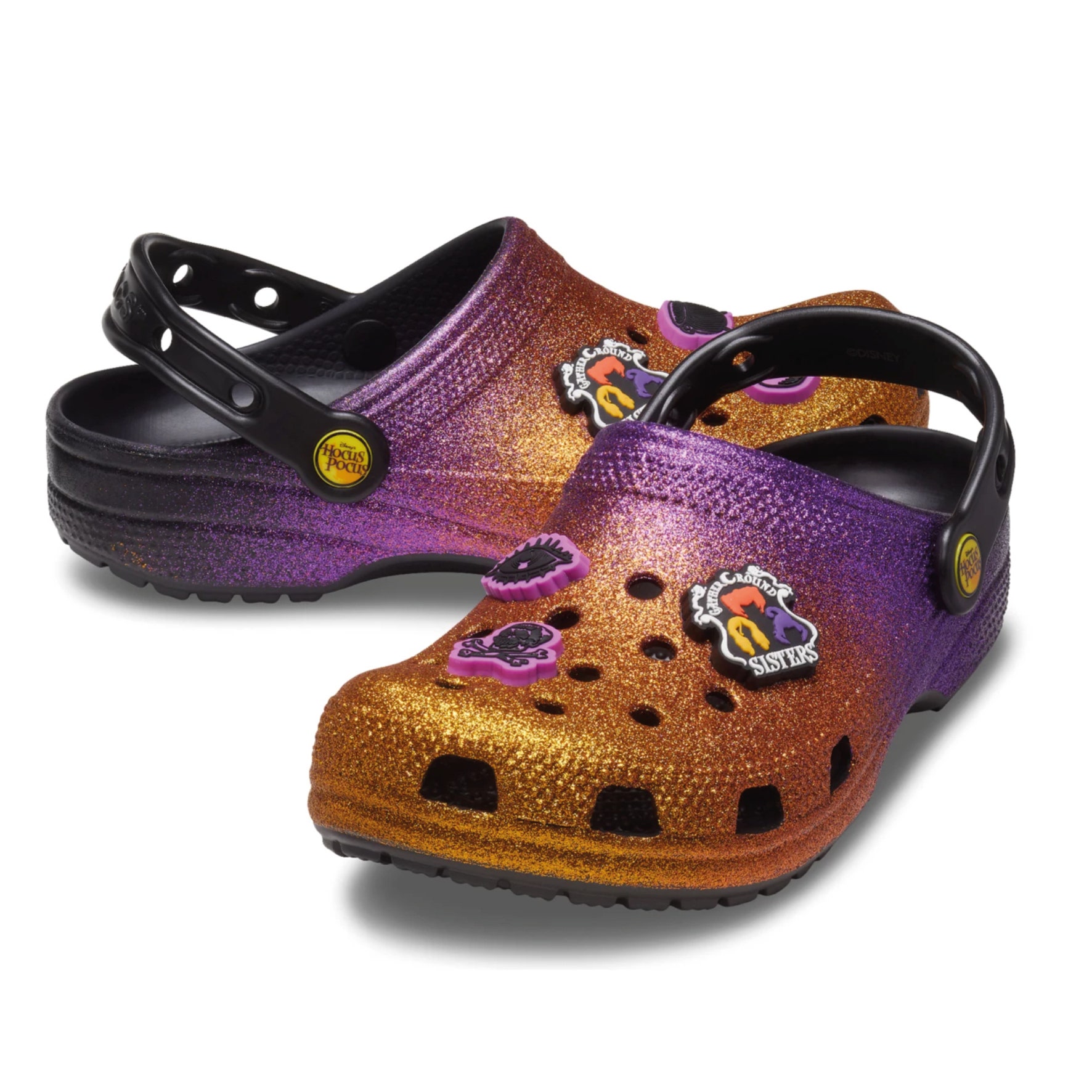 Hocus Pocus, which originally premiered in 1993, has become a seasonal classic. The movie basically plays constantly during the Halloween season, and rumors of a sequel have been flying (pun intended) for years, with the original sisters saying they’d love to reprise their roles. Even without it though, the Hocus Pocus fandom is strong. ColourPop released a Sanderson-inspired collection for Halloween 2020 that sold out in a snap, so if you’re into the Crocs, we’d pre-order ASAP to ensure you get your pair.

And, if you have a pair of Crocs, why not be ahead of the curve and give them a Halloween makeover with some of these cute charms in shapes like a ghost, a pumpkin, a Hocus Pocus-inspired “I Put a Spell on You” logo, and a few characters from The Nightmare Before Christmas? Spooky chic!