By Staff Reporter on 5 September 2021

Have you checked out the first few episodes of Selena Gomez‘s new show, Only Murders in the Building? The Hulu series, which stars Selena and comedy legends Steve Martin and Martin Short, has become a runaway hit, and we’re obsessed. We’re also loving how Selena’s character Mabel expresses herself through her wardrobe and her makeup, and lucky for us, the head makeup artist on the show is spilling all the secrets to Mabel’s look. Spoiler alert: It’s all thanks to Rare Beauty.

POPSUGAR spoke to the show’s head makeup artist, Jackie Risotto, who said that the inspiration for Mabel’s look was Selena herself. “I kind of pulled Mabel’s look from Selena because she is such an icon,” she said. “I really dove deep [and took] in all of the different looks she’s had with makeup and hair and whatnot and pulled from that.” However, Mabel isn’t 100% Selena, and she goes on a journey throughout the series both as a person and in her beauty look. “Mabel begins to kind of find herself and reclaim her purpose and her confidence,” Risotto explains of the progression. “We tried to tell that story through her makeup. She’s getting up in the morning, she’s putting on her eyeliner, she’s going to work, she’s doing what she has to do.”

One of Risotto’s key products in creating Mabel’s look was the Stay Vulnerable Melting Cream Blush. “It’s so well pigmented and you can really build, so you could give a light little flush on the cheeks or you could really pop it up and give it a more vibrant look.” While Mabel starts the show with light, simple makeup, Risotto “bumped up” the beauty, including on her eyes. “We’re seeing a lot more peaches and pink when it comes to shadows,” she said. of current trends. “I was able to bump up her eyes and give them more of a peachy, pink-ish kind of look, which was more trendy than just your basic neutral eye.” Try the Discovery Eyeshadow Palette for a similar look; it features pink, peach, and gold shades for a warm, impactful look.

Another key product in the show’s makeup bag was the Liquid Touch Weightless Foundation and Liquid Touch Brightening Concealer. Risotto used it on Selena and her costars. “It’s got great coverage, it looked great on camera,” she explained, then shared that she had a secret trick to making sure the makeup didn’t look dry or cakey on camera. “What I do in the morning when I’m applying foundation — especially during the wintertime, everybody’s faces tend to be a little dry — is spray my blenders with rosewater [before applying foundation],” Risotto shared. “It adds just a touch more moisture and gives a little bit more of a dewy luminescent glow to the skin.”

If you’re loving Mabel’s beauty looks, you can easily channel her style with a few key Rare Beauty products this fall — even if you’re not solving crimes or wandering the streets of New York City. You can read the full interview with Risotto on POPSUGAR here. 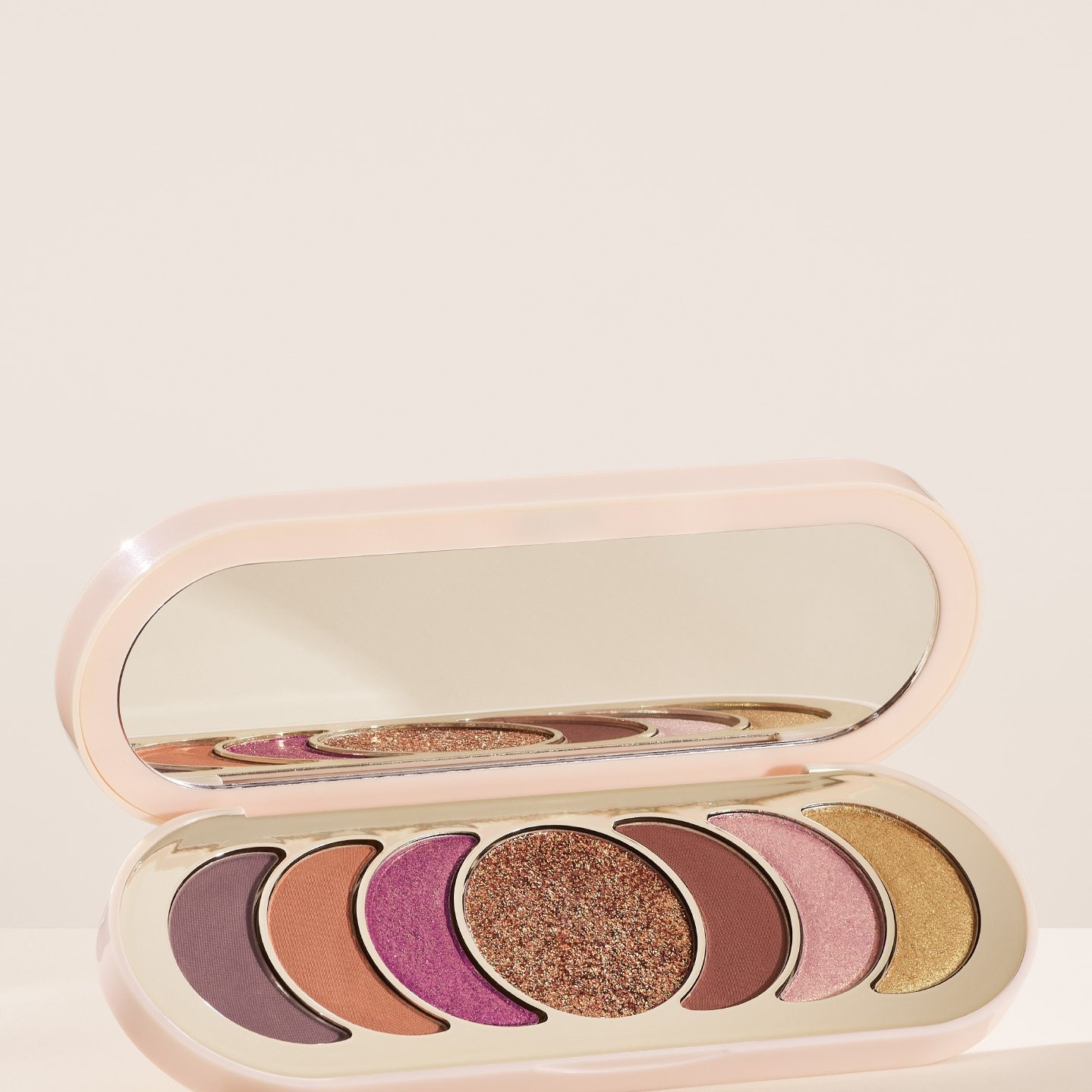 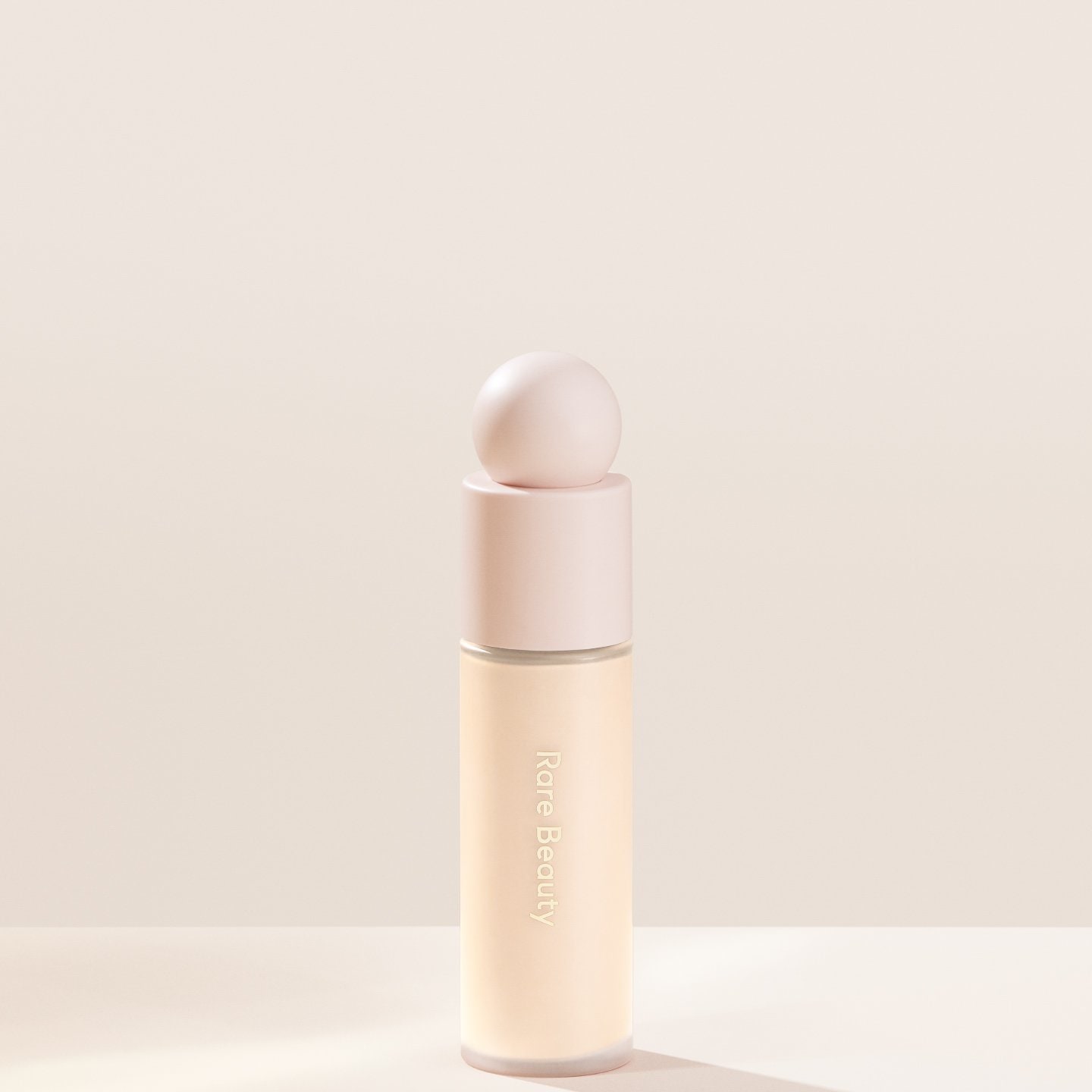 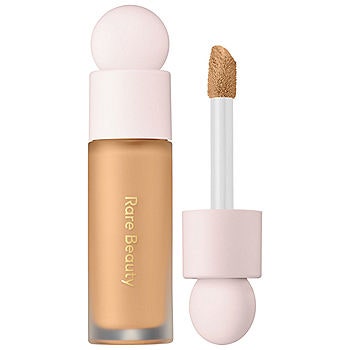